Introduction to Germanic Philology I 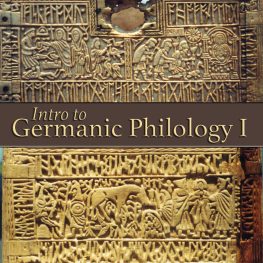 This class offers a survey of the older Germanic languages (especially Gothic, Old Norse, and Old English), and the literatures written in those languages.

This class offers a survey of the older Germanic languages including Gothic, Old Norse, and Old English, as well as the content and contexts of the surviving texts written in those languages. Defining “philology” broadly as the study of culture through languages and texts, we will take a range of approaches to the material, including literary, linguistic, and historical perspectives. Additionally, we will consider the interrelationships of the different Germanic languages, from the perspectives of both comparative philology and historical contacts.

Students are not expected to have prior familiarity with any language other than modern English. Coursework involves readings, philological exercises, and the study of short, glossed excerpts from medieval texts. The overall aim is to provide a basic familiarity with the methods and subject matter of Germanic philology, and to make the medieval languages and texts that provide the field’s raw data appear less unfamiliar.

There will be two 1-hour lectures and two 1-hour weekly discussion sessions as assigned.