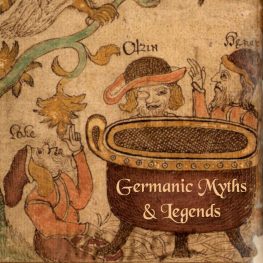 This course puts the myths and legends of the medieval Germanic world in their wider cultural and historical contexts.

This course introduces the myths and heroic legends of the medieval Germanic world, ranging from Beowulf, the Eddas, the Nibelungenlied, the Saga of King Hrolf Kraki, the Saga of Ragnar Lothbrok, the Saga of the Volsungs, and Waltharius. It focuses on this rich variety of literature by comparing texts from across the Germanic world that cover mythological and related legendary traditions within the textual culture of pagan and Christian medieval Europe. The readings are intentionally drawn from literary giants of medieval Germanic literature (in modern English translation), and the highlight of this course is depth in the traditional philological sense, rather than breadth. The lectures and discussions are intended to contextualize the wider cultural and historical contexts of the texts, including reflections of these works across a large time, space, and tradition.

Note on the Schedule: The summer 2022 semester will include a one-week summer break which will fall on the week of June 20, 2022.

Where noted, the print and e-book translations linked are preferred and encouraged, but online alternatives in the public domain are also acceptable. Further required and suggested readings will be provided by the course instructors in the final syllabus.