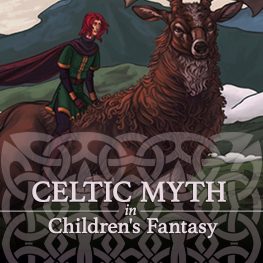 This course examines contemporary fantasy works whose authors have adapted, revised and re-imagined the medieval mythological texts of Ireland and Wales.

The medieval literature of Ireland and Wales is thought to have saved for posterity the vestiges of what would have been ancient ‘Celtic’ mythology. Tales of heroes, otherworld voyages, transformation and magic have fascinated folklorists and antiquarians since the rediscovery of Celtic texts in the 19th century, and have inspired writers of fantasy literature from Victorian times to today.

This course will examine contemporary (post-World-War-II) fantasy works whose authors have adapted, revised and re-imagined the medieval mythological texts of Ireland and Wales. The course material is divided into two parts:

The course, therefore, serves as a mini-introduction to Celtic mythology, while the focus on children’s and young adult fantasy will allow us to discuss matters of power and ideology, as well as perceptions of Celtic identity in contemporary fiction. The fantasy works we will explore include some of the best, award-winning fantasy of the later 20th century, such as Alan Garner’s The Owl Service (1967, Carnegie Medal), Susan Cooper’s The Grey King (1976, Newbery Medal); and Jenny Nimmo’s The Snow Spider (1986, Tir na n-Og Award).

Note: This course has been retired from Signum University’s course rotation but is still available as an Anytime Audit.

Introduction to terms and theoretical debates (including, what does ‘Celtic’ mean anyway?)

The Irish sources (1): the Mythological cycle and the Ulster Cycle

The Irish sources (2): the Fenian Cycle

The Welsh sources (1): The Four Branches of the Mabinogi

Adapting the four branches of the Mabinogi (1)

Students who want to use hard copies of the Celtic texts (Irish and Welsh) can look for the first three translations listed here, but all Celtic texts needed for this class will be available in the class. Other translations are also acceptable (e.g., the Jones and Jones Mabinogion).