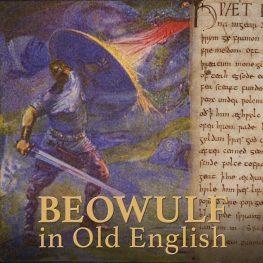 This intensive, seminar-style class will give students an opportunity to practice translating the Old English language and to become intimately familiar with the Beowulf text.

Prerequisite: Introduction to Old English or a comparable introductory course in Old English at another institution (subject to instructor approval)

Beowulf has long been seen as the crown jewel of early English literature, and reading it in its original language has been and remains a powerful source of inspiration for students and scholars alike, presenting an inviting blend of curiosity, wonder, earthiness, and frank speech that has nurtured a lineage of mythopoeists stretching from Tolkien to Seamus Heaney and beyond. We at Signum are therefore pleased to be able to offer what is becoming increasingly rare, an opportunity to translate and scrutinize this poem line by line.

Through intensive, seminar-style classes, students will be given an opportunity to practice their skills in translating the Old English language, as well as to become intimately familiar with this text. With its heroes, monsters, and sweepingly tragic view of worldly life, Beowulf has not only been deeply influential in Tolkien’s work, but is arguably as integral for understanding the history of English literature as Chaucer in Middle English and Shakespeare in Elizabethan English.

Course work will focus on preparing and translating the entire poem from Old English during twice-weekly meetings.

Students are advised to read at least one modern language translation of Beowulf of their choice before the start of the class.

The required texts for this course are listed below. Additional readings will be provided to registered students.