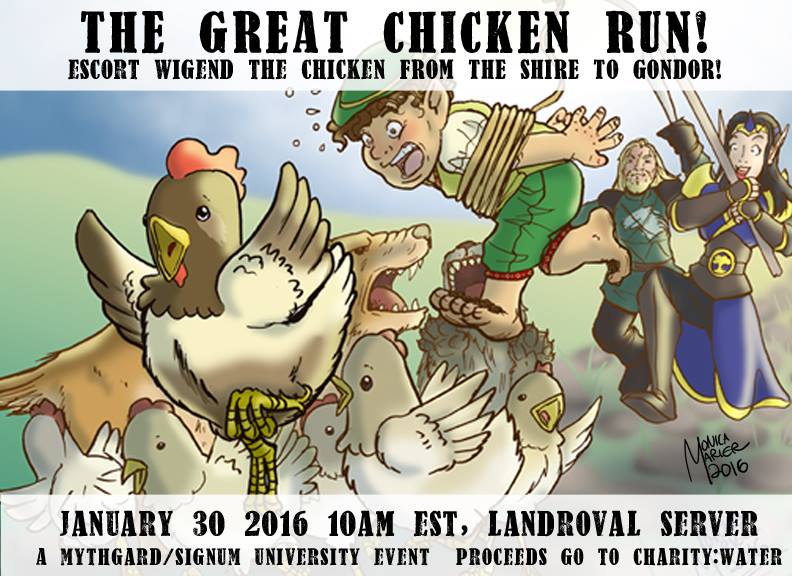 In our fundraising campaign last fall, we offered a special incentive: If $7,000 in donations were designated as coming from our Mythgard on LOTRO (Lord of the Rings Online) community, University President Dr. Corey Olsen – known in-game as Gryfflet, the burglarious hobbit – would make a run from Sanderson’s Farm in The Shire to Minas Tirith as a chicken. With much aplomb, the community came through, and more than $7,000 out of the total $35,000 in donations was raised to make Corey’s epic chicken run a reality.

All are welcome to join, whether you play LOTRO or not. You can participate in any of the following ways:

Once Corey arrives at Minas Tirith, he will explore the city and talk about it as an adaptation of Tolkien’s work, no doubt with many tidbits of wisdom and considerations of the architecture.

This event is possible because of the generosity of those who donated to Signum University. With that in mind, we are “paying it forward” by inviting participants (and others) to support Charity: Water, a non-profit organization dedicated to bringing clean
and safe drinking water to people in developing nations.

We know our friends and supporters are a generous group and hope to raise a lot of money for those who don’t have access to safe drinking water.

To commemorate the event, Mythgard LOTRO Kinship manager Monica Marier has designed two T-shirts that can be purchased: 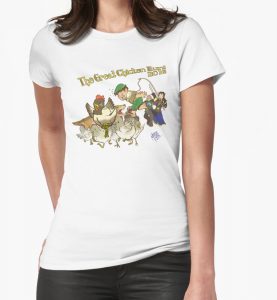 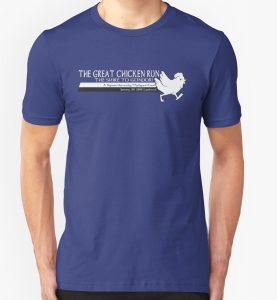 Are you ready for Mythmoot IV?