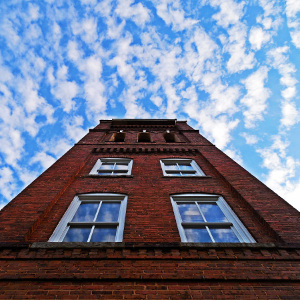 Signum University is excited to share that we are quickly approaching the end of the process for state certification, not unlike an express train speeding toward the exit of a tunnel.

After meeting with the New Hampshire Department of Education in February and then again in March, Dr. Corey Olsen shared recently in a special State of the University address, that we are on track to finalize the evaluation process for that very soon – possibly as soon as May or June! Which is to say that it’s possible we will be certified at the state level by the time Mythmoot V commences!

While there is still a lot of work to be done in the next couple months, it is encouraging to see the last leg of this journey in full view. This achievement is a testament to the hard work that has been done by Dr. Olsen and the Signum Board, along with the many other hands and minds who have been faithfully working to develop and document the various policies, procedures, and programs that are now being evaluated by state officials.

Blazing a New Path to Education

It’s no secret that Signum University is doing things differently than the average higher education institution: We set out to be different, and we have become quite adept at achieving our goal!

Little more has put that truth into contrast than undergoing the state certification process. In fact, this process has given us the opportunity to share all of the new ways we are doing things, including everything from the various components of our digital campus (including, of course, the in-game Bree Lore Hall in Lord of the Rings Online) to our ability to offer a graduate degree program at a fraction of the cost of other institutions – while being able to pay our faculty fairly.

Thankfully, the administrators of the New Hampshire Department of Education have been very receptive to many of the ways in which Signum diverges from other colleges and universities. It has also helped Dr. Olsen engage in productive conversations about the current process and how it could potentially be improved.

Upon certification, Signum will have a seat at the table with the “big boys” – the old-school, brick-and-mortar universities as well as large newer players – giving us even more of an opportunity to spread our philosophy and approach to education in the 21st century. Will that be the spark that will light the fire that will burn the old educational order down? While we don’t want to make any predictions, we certainly are hopeful that such new opportunities will lead to fruitful gains for all those pursuing higher education in the future.

Some people may be wondering what state certification and other forms of credentialing (i.e., accreditation) does for Signum. The short answer is that it helps us in a few very important, and potentially very large, ways.

As Dr. Olsen explained in his recent State of the University address, “This transition, actually being evaluated and, Lord willing, passing our evaluation and being accepted and certified in the State of New Hampshire, is the moment when Signum ceases to be an idea and becomes a legalized, legitimate reality. It puts us on the same footing with every other university in New Hampshire.” Such a step is important for our growth, and it also represents the culmination of one goal that so many people have been working toward for the last nearly seven years.

As we move into this new phase of Signum’s existence, certification allows us to expand the base that we have already built. We will focus on bringing in more students and expanding existing programs, as well as growing our staff and faculty in a way that will support further growth. While we are not yet looking to move into new disciplines (such as history or philosophy), part of this growth includes the expansion of our existing M.A. in Language and Literature as well as the exploration of related degrees, such as potentially an M.F.A. in Creative Writing.

The expansion described above also lets us also expand our free educational offerings, such as Signum Symposia and Mythgard programs like the popular Mythgard Academy, the Silmarillion Film Project, and our newest offering, the Mythgard Movie Club. This includes expanding out from our solid base of Tolkien Studies and focusing on other areas within the speculative literary world.

How You Can Help Support State Certification

The prospect of being certified by the State of New Hampshire before Mythmoot V is exciting – and also a little daunting. The most daunting part is that, as with so many regulatory processes, there are quite a few costs that need to be covered in a very short period of time.

In summary, Signum needs to raise nearly $24,000 just to complete the state certification process (see the breakdown below for details on what that covers). To put that in perspective, Signum’s entire annual budget – including events like Mythmoot, for which all of the fees go directly toward the event and do not provide any actual income for the university – is about $150,000. That is to say, we need to somehow find or raise 16% of our annual budget in just a few short weeks.

Sadly, being a digital university, we do not have any couches within which to search for loose change that might cover some of these costs. Therefore, we are reaching out to our Signum community, including all of our regular Mythgard program participants, to ask for help in reaching this one-time goal.

All donations contributed toward our state certification fund will count toward our Donor Appreciation Program (additive to any other donations made during the 2018 calendar year).

We want to reiterate our thanks to all supporters of Signum University, whether this is your first time donating or whether you have been providing support through donations, time, and spreading the word. We would not be where we are – and more importantly, we cannot get to where we are headed – without you!