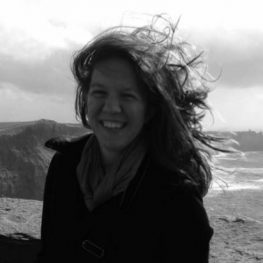 Katherine Sas earned her B.A. in English Literature from Messiah College and her M.A. in Language & Literature from Signum University, specializing in Imaginative Literature. She is the Academic Coordinator for Signum Grad School.

Katherine Sas earned her B.A. in English Literature from Messiah College and her M.A. in Language & Literature from Signum University, specializing in Imaginative Literature. Her master’s thesis focused on Doctor Who and the fairy tale tradition. Kat currently works in academic administration at the University of Pennsylvania in Philadelphia and also volunteers as Signum’s academic coordinator.

Kat has published essays in More Doctor Who and Philosophy and Harry Potter for Nerds II, presented papers at Mythmoot and the C. S. Lewis and Inklings Society Conference, and participated in several Signum panels on film and TV. She currently blogs about imaginative storytelling in all mediums at ravingsanity. With fellow Mythgardian Curtis Weyant she co-hosts a weekly podcast on sci-fi and fantasy TV (Kat and Curt’s TV Re-view) and spearheads the Mythgard Academy’s new Mythgard Movie Club.