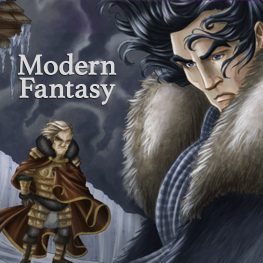 In this class, we will examine the work of some of the top fantasy writers of the last fifty years.  The works we will discuss in this class do not constitute an orderly or systematic survey of the development of the fantasy genre, but rather a series of case studies. We will read six books by six different authors. As we discuss each book, we will compare and contrast the authors’ approach to fantasy and subcreation, myth and magic.

This term, we will explore Peter Beagle’s shrewd contemplation of fantasy and the fairy-tale tradition in The Last Unicorn and Ursula K. Le Guin’s classic of modern subcreation, A Wizard of Earthsea. We will look at several works which conceptualize the frontiers between our mundane world and the realm of Færie; Neil Gaiman’s Stardust and Jim Butcher’s Summer Knight both give us stories of humans with a magical heritage who cross this frontier and become embroiled in the high matters of Faerie. Garth Nix’s Sabriel is also focused on frontiers, dealing not only with a boundary between the mundane and the magical, but also with a parallel boundary between life and death. We will also tackle George R. R. Martin’s A Game of Thrones, the first volume of The Song of Ice and Fire, which might be the most massive and intricate subcreative undertaking in literature in the last fifty years.

A Game of Thrones by George R. R. Martin