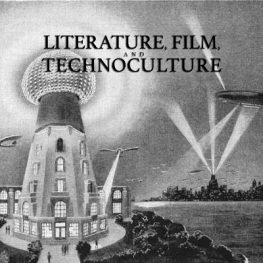 This course surveys a range of literary and cinematic narratives that explore the growth, acceleration, and consequences of modern technoculture. Works of literature will be placed alongside films and embedded historically within debates and developments.

It is impossible to ignore the fact that our technologies and our cultures are inextricably linked, at least in the industrialized West. Advanced technologies enable the extension of lifespans, the simulation of realities, the mapping of genetic codes, and the creation of art. They facilitate instantaneous communications across the globe, collapsing, as David Harvey has claimed, the traditional distances of space and time. Our cultures have always been connected to our tools, but the relationship has never been more intimate.

This course aims to survey a range of literary and cinematic narratives that explore the growth, acceleration, and consequences of modern technoculture. Works of literature—science fiction, speculative fiction, imaginative literature, and so forth—will be placed alongside films—short and feature, mainstream and fringe—and embedded historically within debates and developments such as bio-engineering, cyborgs, future cities, gender, high-tech war, race, the singularity, and more. By studying texts as discourses rooted in a complex and shifting technocultural landscape, students will discuss some of the ways these narratives shape—and are shaped by—our technological realities.

Week 5 – Gender and the Battle of the Sexes

Week 11 – The Singularity and Beyond

Note: The above film links are to where they can be purchased at Amazon; however, you may also be able to find them on various streaming services such as Netflix, iTunes, etc.

This course will be offered in the following semesters.