Mining through the Margins: Introducing Digital Text for Summer 2022 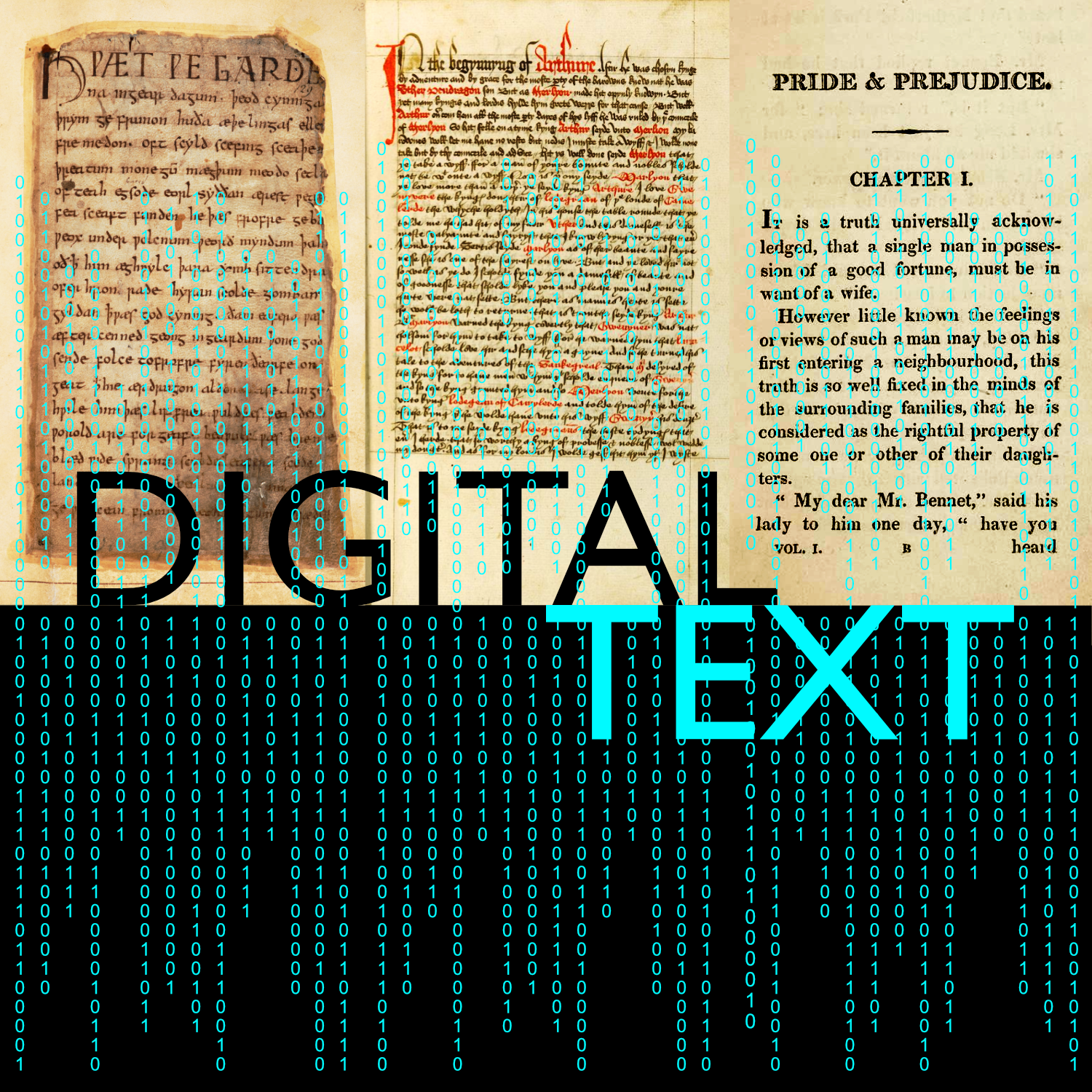 Mining through the Margins: Introducing Digital Text for Summer 2022

By Bronwyn Rivera.   Elves never grin. Not in Tolkien’s universe, anyway. Grinning is reserved for humans, hobbits, and orcs. The elves prefer to smile. Herman Melville prefaces his magnum opus, Moby Dick, with an etymological breakdown of the word “whale” in thirteen different languages. If you want to figure out how many times “tomorrow” occurs in L.M. Montgomery’s Anne of Green Gables, you’ll have a hard time if your edition uses “to-morrow” instead. While this may sound like a hodgepodge of literary fun facts, digital tools are working behind the scenes to bring such details to light. Therefore, we at Signum University are pleased to invite you to come mining through the margins in our newest language class, Digital Text, with Professor James K. Tauber as your guide.

For those who may be wondering, digital text sits within a broader field referred to as digital humanities, which aims to integrate societal and cultural studies with computational methods of analysis. Professor Tauber explains, “For this class, I want to express a particular focus on text because the digital humanities also cover art and music.” As an alumnus with a Graduate Diploma in Germanic Philology, Professor Tauber’s idea for the course was inspired by his Signum journey: “I did a range of language classes dealing with texts in Old English, Old Norse, and Gothic. And whenever there was an assignment I had to do, there was a computer involved.” Since then, his experiments have led to numerous projects, including an interactive presentation of Sir Gawain and the Green Knight where readers can view Middle English and Modern English translations of the epic poem, side-by-side, in one convenient place.

The possibilities are not limited to ancient sagas and legends, either: “One really interesting finding in this whole field is that you can tell a lot about the author of a text by how often they use little, functional words like ‘the’ or ‘and’ rather than large words.” For New England Moot 2021: Second Breakfast, Professor Tauber used basic statistics to determine sentence lengths and the complexity of vocabulary choices in a short story. He then asked the audience to guess who wrote it by comparing those details to the sentence lengths and complexities of several out-of-copyright authors. He demonstrated how simple techniques can tell a great deal about a story in an exciting, accessible way (the short story was written by a teen author who was amazed to hear her own work compared to William Blake’s and Tolkien’s).

Basic statistics? you may now be repeating to yourself. Computational methods of analysis? If the thought of mathematics or programming conjures up a “Warning – No Entry” sign at the entrance of our metaphorical mine, Professor Tauber offers these comforting words:

“There’s no assumption of knowledge in any of these fields. The mathematics we do won’t go much beyond counting…What we’ll do is count words in a text, and pick out which words are more commonly used than others. If I told you that Frodo appears twenty times in one chapter and thirty times in another, is that significant? This gives us an idea of when numbers are important. You’ll have an opportunity to run online programs on your computer to work with a text of your choice. This is a very gentle, from-the-ground-up introduction to programming and quantitative methods in the context of something that you’re interested in.”

Students who sign up for Digital Text will not be navigating uncharted territory alone, either. One feature Professor Tauber hopes to highlight in the course is collaboration at a distance, a core value of Signum University’s education. The class will consist of two one-hour lectures and two one-hour preceptor sessions per week, during which students will engage in hands-on learning and discuss various topics surrounding digital text, including but not limited to transcribing, annotations, ethics concerning copyright and documentation, and typography. At the end of the semester, students will have the opportunity to present their findings on their chosen text through a written and oral presentation. Whether that means analyzing how fictional characters speak differently from one another or extracting Old English vocabulary from a poem is up to you. Professor Tauber’s main wish is for everyone to gain a conceptual understanding of the role technology plays in language and literature, as well as a fresh take on viewing texts as more than words on a page.

Our Summer 2022 semester begins on May 2nd, with a break from June 20th-26th for MythMoot IX: Remaking Myth. So, when you’re ready, kindly grab your computer or tablet, a headlamp, and a safety harness. There’s a lot of gold just waiting for discovery. We think you’ll like it down here.

Penelope and Percival, who approve of digital text analysis, are pleased to be your Cats of Signum pinups for April. 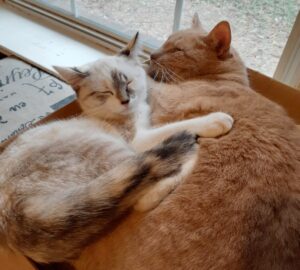 A Community of Learners