Explore the “Roots of the Mountain” with Dr. Anderson

Explore the “Roots of the Mountain” with Dr. Anderson

This Fall, Signum University welcomes prominent scholar Douglas Anderson in The Roots of the Mountain, a new course offering a unique look at the fantasy tales that came before and shortly after Tolkien. There is no one better suited to the task of teaching this course than Dr. Douglas A. Anderson, independent scholar and author of The Annotated Hobbit, an invaluable resource for any Tolkien fan and scholar.

Dr. Anderson was instrumental in keeping the novel The Marvelous Land of Snergs (a story Tolkien once called “an unconscious source-book for the hobbits”) in publication, and he is author of two edited compilations of fantasy works that inspired both J. R. R. Tolkien and C. S. Lewis. Anderson’s Tales Before Tolkien and Tales Before Narnia collectively include over 40 important, but rather unknown, fantasy stories. The new “Roots of the Mountain” course at Mythgard delves into some of these tales and beyond, exploring them not only in their relation to Tolkien, but as instrumental stories in and of themselves.

While this is Dr. Anderson’s first time teaching an entire course at Mythgard, he has been supportive and active within the Mygthard community. Previously, he offered guest lectures in Dr. Corey Olsen’s Story of the Hobbit course, looking at the publishing history of The Hobbit and particularly at the artwork published in various editions of Tolkien’s novels. Dr. Anderson’s lectures were well received by students and faculty, and he was very active in the student forums, answering questions, recommending books, and encouraging discussion. He undoubtedly added to an exploration of, as student Alexis Heit puts it, “a fabulous collection of fantasy literature that influenced The Hobbit and a unique chance to read Tolkien as it was originally written and then revised.”

Texts from the syllabus for “The Roots of the Mountain” range from popular and well-loved fantasy works, such as Peter Pan and The Princess and the Goblin, to lesser-known works from authors like Ludwig Tieck and Robert Holdstock. The syllabus even includes a week of “Scientific Romance in Britain,” which will examine works by H. G. Wells, Olaf Stapledon, David Lindsay, and C. S. Lewis.

On the reading for this course, long-time Mythgard student and writer of the RavingSanity blog Katherine Sas states, “I think that intimidating as the reading list is, the breadth of it is what excites me most. Anderson is including such a variety of materials and topics, most of which is unfamiliar to me, and the prospect of learning so much of the history of pre-Tolkien fantasy is very exciting.” Likewise student (and most recently, Mythcon 45 presenter) Kris Swank is “glad to have an excuse to read William Morris, and Eddison’s Ouroboros, and Lud-in-the-Mist.”

Looking at these works will not only encourage a new understanding of Tolkien’s own writings, but will also shed a light on the development of the fantasy genre itself.

In addition to providing the course review above, Kelly reached out to Dr. Anderson to get some in-depth, exclusive details about “The Roots of the Mountain.”

Orazi: In your guest lectures for Mythgard’s “Hobbit” course you talked at length on various artwork for Tolkien’s novels. We can see a lot of similar discussion in your Annotated Hobbit as well. Do you plan on looking at any early fantasy artwork in your Roots of the Mountain course this upcoming fall?

Anderson: I would like to cover it a bit—particularly via the artwork originally associated with the various books covered, but obviously it can only be peripheral coverage to the main thrust of the course which is on the texts. The study of the evolution of fantasy art would make for a class in itself!

Orazi: Of the works on the syllabus do you have any that you are particularly looking forward to exploring with the students at Mythgard?

Anderson: I will of course be very interested in the reaction to David Lindsay’s A Voyage to Arcturus, a striking book which has a few better-known imitations (e.g., C. S Lewis’s Out of the Silent Planet, and critic Harold Bloom’s only novel, The Flight to Lucifer. ). Of the others I’ll be especially interested in the reaction to Guy Ridley’s short mythopoeic fantasy, The Word of Teregor. All but one of the characters are trees, some of whom move about and gather in moots, and have names like Enteth. There is no evidence that Tolkien read it (it came out in 1914 by a recent Oxford graduate), but some of the similarities are quite tantalizing.

Orazi: What sort of benefits are there to teaching at on online community like Signum that you can’t get from a more traditional in-person classroom?

Anderson: I’m new to this so I’ll probably have a better answer after the course. For now, I’d presume part of the answer would be better interactions between teachers and students, and better discussions (carried on over time via discussion boards rather than limited to the specific times in class).

Orazi: Are there any works that didn’t make it into the Roots of the Mountain’s syllabus that you would recommend for further reading?

Anderson: Of course, lots! In putting together the syllabus, I found it to be rather like the compiling of an anthology. What you choose earlier affects what you choose later. Certain works have similar or contrasting themes that pair well and give breadth to your coverage. Others work better on their own. The difficult part is achieving a balance across the course so that one better appreciates the field of fantasy literature itself, and understands Tolkien’s position in it. I’m sure that, for each week of class, I’ll be mentioning other titles that people might want to seek out. 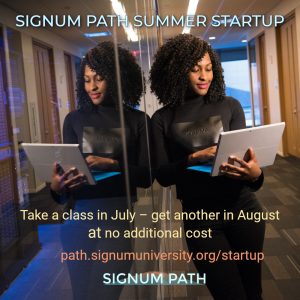