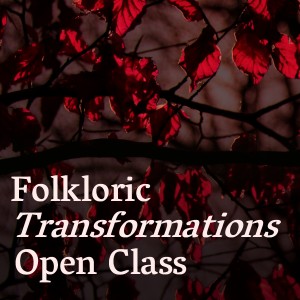 In this open class, Dr Maggie Parke will discuss something everyone has a strong opinion on ⁠– turning our favorite books into films (and games, tv shows, merchandise, theme parks…) ⁠– for better or for worse. She will walk us through the process, and discuss the industry engagement with the fans in the process of translating a textual work to a visual one, how that affects reception, engagement, and box office return.

A second open class will be taught by Dr Brenton Dickieson on October 13.

Maggie Parke earned her PhD in Film and Digital Media from Bangor University, Wales UK, with her specialty in the Creative Industries. She focused on the adaptation processes of event films and fan management, and her research included working on the sets of Twilight (2008), Captain America (2009), case studies of The Golden Compass, The Lord of the Rings, Eragon, Harry Potter, and The Dark is Rising. She also worked on the Academy Award shortlisted short, Love at First Sight (2010), as well conducted research at the game design company Turbine Inc., makers of The Lord of the Rings Online (LOTRO) and DC Comic’s Infinite Crisis.

She currently works in both education and the film industry, developing projects, editing scripts, and consulting on fan management, while also lecturing at Signum University and CAPA University’s London campus. She also works with Universities Wales promoting and enabling International Education. She has been published in The Journal of Gaming and Virtual Worlds (2009), co-edited a book of Critical Essays on Twilight, published by McFarland (2011), writes for Hypable.com, has a chapter on ‘Utilising Fans in the Adaptation Process of The Lord of the Rings’ (2015) in Intellect Publishing’s Fan Phenomena series, and has written the forward and was interviewed about her work on Twilight in their Twilight edition (2016).

Signum University runs special classes as part of our mission to establish an open and globally accessible digital campus. These classes are linked to specific master’s courses but are open to everyone whether they are a Signum master’s student or not. The teaching is interactive and accessible, requiring no prior knowledge… only an active interest and intellectual curiosity!