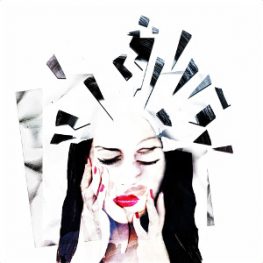 Dr. Karl Persson and Sørina Higgins will address reasons for the difficulties around discussion of mental health amongst academics, as well as ways we can begin to break the silence and move toward hope.

Mental illness and scholarship. Juxtaposed starkly, these two terms likely conjure in our minds two deeply contrasting images: the first an image of disorder, madness, and lack of control; and the second an image of precision, reason, and order. What could the two have in common?

In fact, what they do have in common is that the experience of mental illness is increasingly common among students and faculty at institutions of higher education. Further, in addition to being affected by the usual societal stigma surrounding mental illness, the academy is haunted by a vexed and questioning silence particular to university contexts. If the measure of a scholar’s worth is the sharpness of the brain, what can be said when the brain fails to function the way it should? Where then is the scholar’s worth?

In “Beginning the Discussion: Mental Illness and the Academic Enterprise,” Literature Professor Karl Persson, in conversation with Sørina Higgins, will address reasons for the difficulties around discussion of mental health amongst academics, as well as ways we can begin to break the silence and move toward hope.

Sørina Higgins is Chair of the Literature & Language Department at Signum University and a PhD student at Baylor University. She also serves as Thesis Coordinator and Host of the Signum Symposia.

Sparrow Alden is a preceptor and student advisor at Signum University. She bravely manages Signum’s online learning platform, Google Classroom, and the Community Hearth. Sparrow has also represented the Signum staff on the Board.

Link Round Up: Academia is bad for our mental health, and how to talk about it