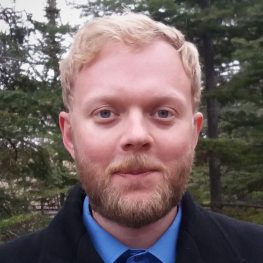 Paul Peterson, a proud native of Minnesota, holds a Ph.D. in Germanic Medieval Studies from the University of Minnesota, where he studied Germanic philology and learned to read every Old Germanic language. He also holds an M.A. in Medieval Icelandic Studies from the University of Iceland. His primary area of specialization is Old Norse language and literature, especially Old Norse nicknames and medieval Scandinavian law. In addition to mastery in Old Norse, he enjoys reading original texts in Gothic, Old Saxon, Old English, Old High German, Old Frisian, and Middle Dutch. He believes that a deeper perspective on medieval texts is possible by emphasizing the original manuscript contexts of literature, and enjoys teaching paleography alongside Old Germanic languages and literature.

Samples of Dr. Peterson’s papers are available on his website.