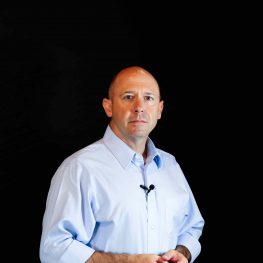 Michael D.C. Drout is Professor of English and Director of the Center for the Study of the Medieval at Wheaton College.

Michael D.C. Drout is Professor of English and Director of the Center for the Study of the Medieval at Wheaton College, Norton, Massachusetts, where he teaches Old and Middle English, Science Fiction and the works of J.R.R. Tolkien.

Drout is the author of How Tradition Works, Tradition and Influence in Anglo-Saxon Literature, Drout’s Quick and Easy Old English, and How to Think: the Liberal Arts and their Enduring Value, and he is co-author of Beowulf Unlocked: New Evidence from Lexomic Analysis. He edited J.R.R. Tolkien’s Beowulf and the Critics and the J.R.R. Tolkien Encyclopedia and co-edited Transitional States: Cultural Change, Tradition and Memory in Medieval England. One of the founders and a co-editor of the journal Tolkien Studies, he has published widely on Tolkien, fantasy and science fiction, and medieval studies.

Supported by three grants from the National Endowment for the Humanities, Drout has co-developed “lexomic” methods of computer-assisted statistical analysis that have led to discoveries about Anglo-Saxon, Old Norse, Latin, Middle English, Classical Chinese and Modern English texts. His Handbook of Lexomic Methods is in preparation.

A consultant for The Lord of the Rings On-line MMPORG, Drout has appeared in two History Channel mini-series: Clash of the Gods and True Monsters, and in National Geographic’s Beyond the Movie: The Return of the King. He has recorded thirteen audio courses, one of which, A Way with Words Part IV: Understanding Poetry, was a finalist for the 2010 Audie award for best original work. Among his more recent audio courses are The Norsemen: Understanding the Vikings and their Culture, and Singers and Tales: Oral Tradition and the Roots of Literature.