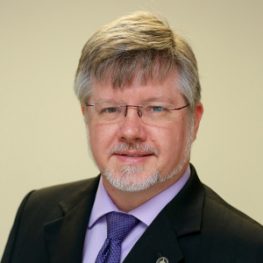 Dr. Matthew M. DeForrest is Professor of English and Mott University Professor at Johnson C. Smith University, and Chair of the Signum University Board.

Dr. Matthew M. DeForrest is Professor of English and Mott University Professor at Johnson C. Smith University (JCSU). His recent published works have appeared in The Yeats Journal of Korea, The Yeats Annual, W. B. Yeats’s A Vision: Explications and Contexts, and Tolkien Studies. His recent presentations include papers at the 2017 International Conference on W. B. Yeats in Seoul, South Korea and the 2017 International Yeats Society’s conference in New York. He is the Director of the Problem Solving in the Interdisciplinary Humanities Programs (funded by the Andrew W. Mellon Foundation), the Director of the recent JCSU Mellon New Faculty Development grant, the Primary Investigator for JCSU’s recent Fulbright-Hays Group Projects Abroad: An Advanced and Intensive Training Program in Modern Chinese Language and Culture grant (funded by the U.S. Department of Education), and American Director of the American Cultural Center Grant that established the Guangdong Baiyun University Center on American Culture and Race (funded by the U.S. Embassy in Beijing, China).

In addition to his academic work, DeForrest has worked as an educational consultant and game designer and has served on a number of boards and commissions, including the Monroe Historic Commission Board, the Center Theatre Development, Inc. Board, the Union County Community Action Board, and the Executive Council of the Association of Literary Scholars, Critics, and Writers.

He currently lives in Monroe, N.C., with his wife, Dr. Taura S. Napier (Professor of English at Wingate University) and his daughter Edain.

You can find some of Dr. DeForrest’s publications here.