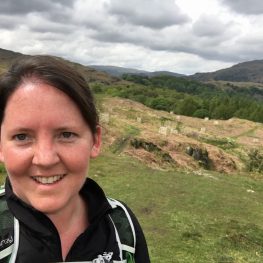 Maggie Parke earned her Ph.D. in Film and Digital Media from Bangor University, Wales UK, with her specialty in the Creative Industries.

Maggie focused on the adaptation processes of event films and fan management (Harry Potter, The Lord of the Rings, The Hunger Games, Twilight, His Dark Materials, Narnia, etc.), and her research included working on the sets of Twilight (2008), Captain America (2009), and on the Academy Award shortlisted short, Love at First Sight (2010). She also investigated the gaming industry, researching with Turbine Inc. on The Lord of the Rings Online (LOTRO) and DC Comic’s Infinite Crisis.

She currently works in both education and the film industry, developing projects, editing scripts, and consulting on fan management, teaching at Signum University and CAPA University (London), while also working at Universities Wales promoting and enabling International Education in Wales. She has been published in The Journal of Gaming and Virtual Worlds (2009), co-edited a book of Critical Essays on Twilight (McFarland 2011), writes for Hypable.com, has a chapter on ‘Utilising Fans in the Adaptation Process of The Lord of the Rings’ (2015) in Intellect Publishing’s Fan Phenomena series, and has written the foreword and was interviewed in their Twilight edition (2016). She is currently working on a book of her Ph.D. research, with the goal for it to be accessible and interesting: not super-dry academic speak. Her website is maggieparke.com.