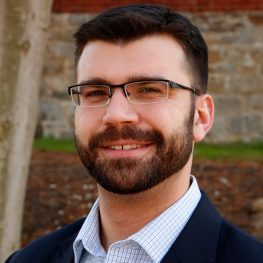 Liam Daley has been on the faculty at Signum University since its inaugural semester, Fall 2011.

Liam Daley has been on the faculty at Signum University since its inaugural semester, Fall 2011.

Liam is currently earning a PhD in English at the University of Maryland, College Park, focusing on literature of the Middle Ages and Renaissance – in particular, how the difference between “history” and “literature” changes from the Middle Ages to the Renaissance, and what happens when Renaissance playwrights put medieval history on stage.

He holds a Master of Letters in Shakespeare Studies from the University of Saint Andrews, Scotland. His teaching interests at Signum include Middle English romance, Chaucer, Shakespeare, and the works of Tolkien, Lewis, and other modern fantasy writers.