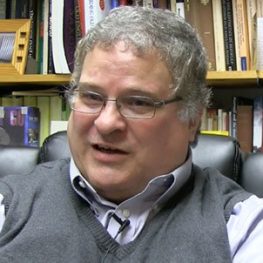 Larry Swain is a preceptor and lecturer at Signum University. He holds an M.A. in Medieval Studies and a Ph.D. in English.

Larry Swain used to work in IT and libraries after receiving his B.A. in Religion-Greek and Linguistics. After 15 years, he earned an M.A. in Medieval Studies at the Medieval Institute at Western Michigan University and then a Ph.D. at the University of Illinois at Chicago. His academic work focuses on early medieval preservation and appropriation of classical literature and culture. In addition, he co-edits the journal The Heroic Age, has worked on the Old English Newsletter, and writes about archeology for the Year’s Work in Old English Studies. Books are his passion. There is no such thing as too many books as Swain’s home and office testify. Like many, his imagination was baptized by reading the Inklings in his youth, and reading those who influenced them. He cooks and is a respectable home chef. He also has a fascination with China and its cultures.