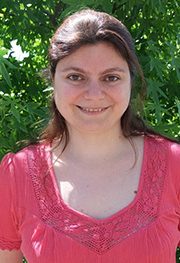 Dimitra Fimi is a Visiting Lecturer in English Literature. She completed her undergraduate studies at the University of Athens, Greece and continued with postgraduate studies at Cardiff University, where she gained an MA in Early Celtic Studies (2002) and a PhD in English Literature (2005). Her doctoral thesis focused on the work of J.R.R. Tolkien and has now been revised and published as a monograph, titled Tolkien, Race and Cultural History: From Fairies to Hobbits (Basingstoke, UK: Palgrave Macmillan, 2008).

Dr Fimi has published a series of peer-reviewed articles and has contributed book chapters and reference entries to various books and encyclopaedias. She has presented papers in many conferences locally, nationally and internationally and has been often invited to deliver public lectures. She has developed and taught a variety of lecture-based and online courses in 19th and 20th century literature at Cardiff University and for the Open University in Wales. Currently she is responsible for a number of undergraduate and postgraduate modules at the School of Education.

Dr Fimi has authored numerous book reviews (she is a regular book reviewer for Folklore, the journal of the Folklore Society) and has also served as a peer-reviewer for academic journals (e.g. English: The Journal of the English Association, Oxford University Press; Tolkien Studies, West Virginia University Press and others). She has been interviewed about her research on US television and UK radio and she occasionally reviews the morning newspapers for BBC Radio Wales.