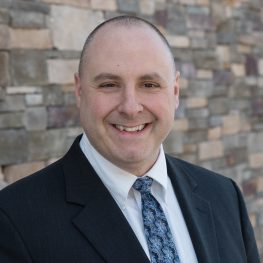 Faculty Staff The Board

Dr. Corey Olsen is the President of Signum University and Mythgard Institute. In addition to teaching classes on J.R.R. Tolkien, Chaucer, and modern fantasy literature for Signum, Dr. Olsen has extended the concept of the digital classroom to include non-traditional outlets. Through the Mythgard Academy, he offers free weekly lectures on works of speculative fiction chosen by Signum University supporters, and he has embraced the “new literature” of cinema and video game adaptations through interactive programs such as The Silmarillion Film Project and in-game discussions of Lord of the Rings Online.

On his teaching website, The Tolkien Professor, Dr. Olsen brings his scholarship on Tolkien to the public, seeking to engage a wide and diverse audience in serious intellectual and literary conversation. His website features a series of detailed lectures on The Hobbit and recordings of the weekly meetings of the Silmarillion Seminar, which worked its way through the Silmarillion chapter by chapter, as well as more informal Q&A sessions with listeners. His book Exploring J.R.R. Tolkien’s The Hobbit, was published by Houghton Mifflin in September 2012.