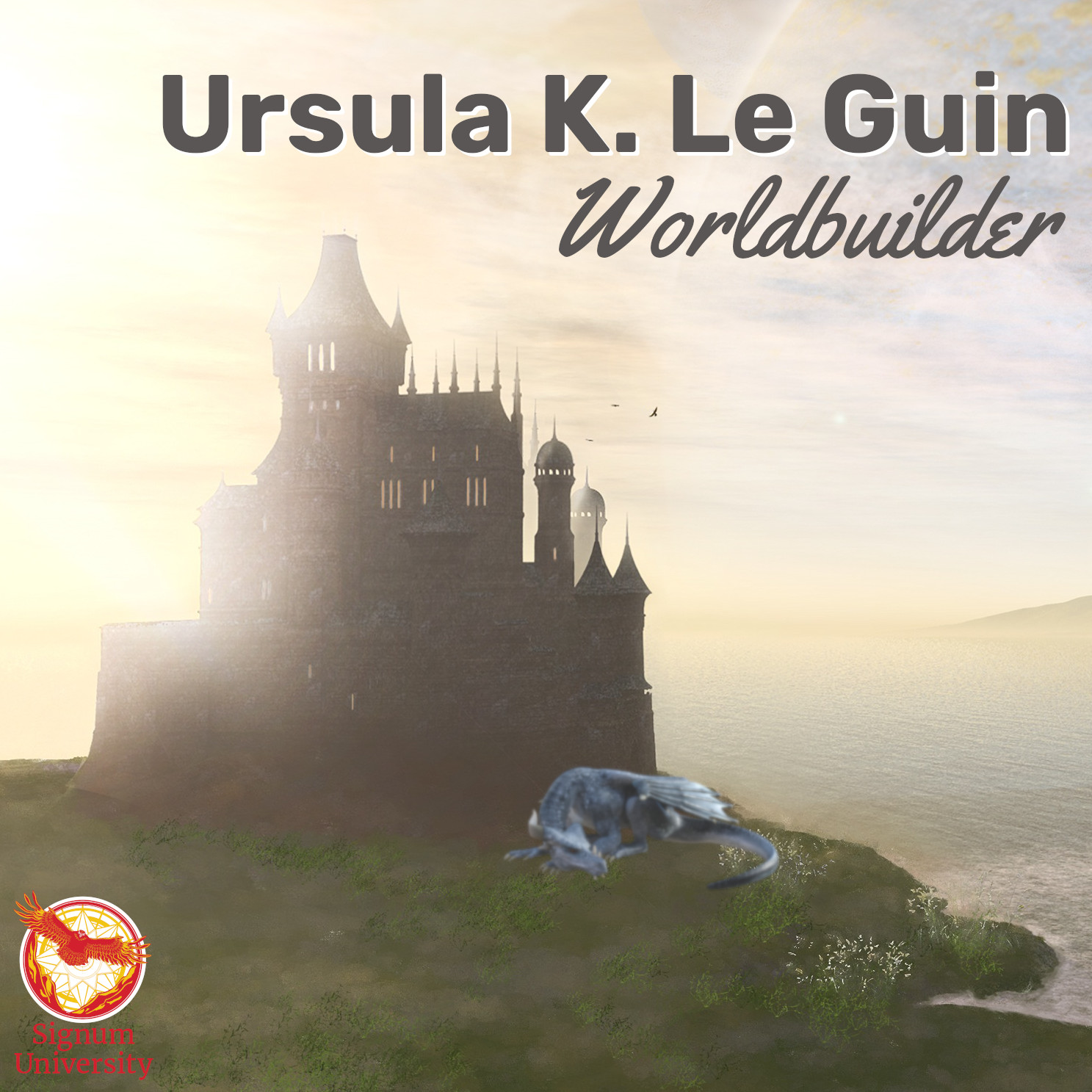 This course explores the major science fiction and fantasy works of Ursula K. Le Guin, how they relate to her literary theories and social interests, and how she envisioned and revisioned the worlds of her imagination.

Ursula K. Le Guin (1929-2018) described herself as “A Citizen of Mondath,” that country of the imagination where live the storytellers, the mythmakers, and the singers. In this survey of her works, we will study Le Guin’s own use of story, myth, and song to build unique worlds at the heart of her fiction: the far-flung Hainish Universe, the intimate islands of Earthsea, the disparate states of the Western Shore, and others. We will examine her literary theories of science fiction and fantasy as vehicles for myth, archetype, and character, and as locations for the exploration of gender, politics, the environment, race, culture, religion, and power. Finally, we will examine how her views evolved over time as she revisited and re-visioned the worlds she had built, and how her legacy empowers other authors to build worlds of their own.

Special Note: Robert Steed, PhD, Professor of Humanities at Hawkeye Community College, will give a special guest lecture during Week 9 of this course. Steed specializes in the study of Chinese religions, particularly Daoism, and Asian religions more generally. His research and teaching interests extend to religion and popular culture, medieval and world Christianity, mysticism, religion and art, and mythopoeic art, especially that of J.R.R. Tolkien, Ursula K. Le Guin, and Miyazaki Hayao.

Week 1: A Citizen of Mondath

Week 2: The Hainish Cycle I: Beginnings

Week 7: The Books of Earthsea I: Power

Week 8: The Books of Earthsea II: Race and Culture

Note: Students may use any edition of the following texts.

Further readings will be provided by the course instructors in the final syllabus.