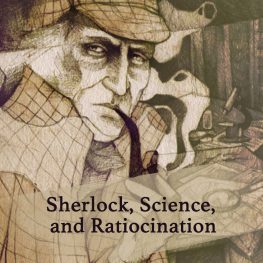 This course focuses on Edgar Allan Poe and Conan Doyle and how their works blended scientific method, mystery, and imagination to create the modern literature of detection.

“Tales of ratiocination,” as Edgar Allan Poe called them, are the intellectual sibling of science fiction, born of the same parents: the Scientific Revolution and the Industrial Revolution. Poe created the first scientific detective, C. Auguste Dupin, who in turn paved the way for one of the most enduring and beloved literary characters of all time, Sherlock Holmes. This course focuses on Poe and Conan Doyle and how their works blended scientific method, mystery, and imagination to create the modern literature of detection. Students will consider why Sherlock Holmes remains an often revisited and reinterpreted character with remarkable resonance in our own time, and how the genre he helped to create and the literary descendants he inspired continue to question the idea of order in our universe and how we know what we (think we) know.

(Both in The Murders in the Rue Morgue: The Dupin Tales)

Week 5: Arthur Conan Doyle, the Great Detective, and the Art of Deduction

Week 7: “The Observation of Trifles”

Week 8: “To the Logician All Things Should Be Seen”

Week 9: “The Scientific Use of the Imagination”

Week 12: Sherlock, Science, and Ratiocination in the 21st Century