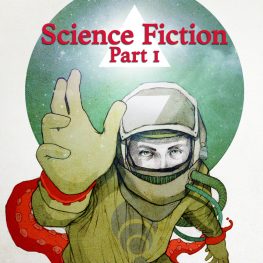 Join award-winning scholar Dr. Amy H. Sturgis as she explores the ways in which the literature of science fiction over time has asked the question: “What if?”

What does it mean to be human? Are we alone? What wonders or terrors will tomorrow hold? Join award-winning scholar Dr. Amy H. Sturgis as she explores the ways in which the literature of science fiction over time has asked the question: “What if?” This course will consider the development of the genre from “proto-SF” writings through the Golden Age, with an eye toward how the great works and movements within science fiction both reflect the concerns and attitudes of their time and imagine beyond them. Discover why author Ray Bradbury called science fiction “the most important literature in the history of the world.”

Week 1 – Proto-Science Fiction, Frankenstein, and the Birth of Modern SF

Week 2 – Ratiocination, Technology, and the Growth of the Genre

Week 6 – The Pulps, The Editors, and Scientifiction

Week 7 – Early SF, Gender, and the Rise of Fandom

The Martian Chronicles by Ray Bradbury (1950)

Week 9 – Science Fiction, the Frontier, and the Young Adult Reader

The Moon Is A Harsh Mistress by Robert Heinlein (1966)