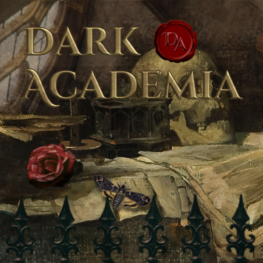 Child of the Gothic, cousin of the schooldays story, and frequent collaborator with the fantasy, science fiction, and mystery genres, Dark Academia gained widespread attention with the bestselling (mainstream) The Secret History by Donna Tartt (1992) and award-winning (fantasy) Waking the Moon by Elizabeth Hand (1994), but its roots reach back deeply into nineteenth-century speculative fiction, revealing fascinations with scholar/student characters who pursued ancient knowledge, clandestine research, and taboo experiments. Schooldays stories also portrayed the campus as a kind of isolated pressure cooker, intensifying the larger political, social, and even psychological forces acting on those who survived – or failed to survive – their time as students or professors. By the mid-twentieth century, both real and imagined campus mysteries informed key works such as Shirley Jackson’s Hangsaman (1951) and Joan Lindsay’s Picnic at Hanging Rock (1967). Dark Academia also expanded its reach over time to influence film and television, fashion and aesthetics.

In the twenty-first century, and especially since 2017, Dark Academia has exploded as a thriving field producing multiple mainstream and young-adult award winners and bestsellers. Diverse writers use tropes of Dark Academia such as secret societies, unsolved mysteries, and outsider points of view to speak to current issues of exclusivity, injustice, and abuse of power. Contemporary Dark Academia storytellers blend genres and blur categories; for example, the award-winning (fantasy) Legendborn by Tracy Deonn (2020) brings both European Arthurian lore and African rootcraft magic together in a story that investigates the history behind and the present-day realities surrounding the University of North Carolina at Chapel Hill. Regardless of genre(s) or settings, Dark Academia tales offer critiques with immediate relevance and lasting meaning.

Libraries hold secrets as well as books. Join Dr. Amy H. Sturgis as she peeks into the shadows and hidden passageways of the hallowed halls of Dark Academia.

This live course will include two 90-minute lecture and one 1-hour discussion sessions per week as assigned (4 hours total weekly). Remember to indicate your availability and time zone on the Goldberry registration system.