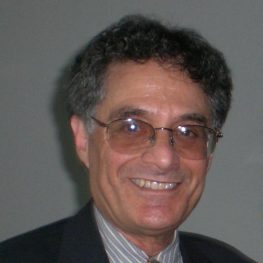 Marc Okrand devised the dialogue and coached the actors speaking the Klingon language heard in many Star Trek films and TV series. He also created a language for Atlantis: The Lost Empire and helped produce the documentary Conlanging: The Art of Crafting Tongues.

He is the author of The Klingon Dictionary, The Klingon Way: A Warrior’s Guide, and Klingon For the Galactic Traveler.

He has degrees in linguistics from the Santa Cruz and Berkeley campuses of the University of California and has conducted linguistic research as a postdoctoral fellow at the Smithsonian Institution in Washington, D.C. For 34 years, up until his retirement, he helped manage the closed captioning of various network and syndicated television programs. In addition to his published work on Klingon, he has written articles on both linguistics and closed captioning for several journals and anthologies. He is an associate producer of the documentary Conlanging: The Art of Crafting Tongues (2017).